Go All-In Be a Winner

Like it or not we are designated players in the game of life. It is about who we are and why we are here. The game is for our spirit and soul’s destination.  We are born to play the game.

MOVEMENT OF HOLY SPIRIT ON THE FRONT-LINES

Over the last six months I have noticed an increasing though, at times, almost imperceptible working of the Holy Spirit throughout greater Phoenix area and Arizona. Following are some of my observations of the Spirit of God at work. I have been or will be involved in some fashion in most of these events.

→Unknown to most, as Phoenix awoke on New Year’s Day, 2015, there was an army of God’s people

standing on surrounding peaks, in churches and in small groups claiming the high ground and the city for the Lord. Over and over again they cried out for God’s Presence, renewal and favor here.

→On January 13, statewide recognition of the heroin epidemic in Arizona was highlighted through a prime time half hour television and radio program entitled “Hooked On Heroin.” The program, intended to raise the public’s awareness of the drug problem in the state, was simultaneously broadcast on all Hispanic and Anglo networks in the state.

→On January 13, the Billy Graham Evangelistic Association announced plans for a citywide Franklin Graham Festival event for 2016 in the greater Phoenix area.

→New churches are being planted in the darkest neighborhoods of the inner city of Phoenix and surrounding towns and cities. Rescue Missions are being expanded to serve the needy.

→The city of Phoenix was identified by the Barna Group, a Christian research firm, as 92 on a a list of the 100 most Bible-minded cities in the United States. There’s work to do . . . and God’s people are rising up. 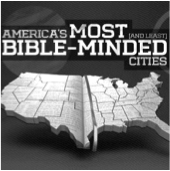 →Prayer walks were held around the Arizona State Capital building prior to the opening session in January in preparation for the important issues concerning the Christian faith being brought before the legislative bodies.

→Good Friday and Sunday Resurrection services were attended by thousands.

→God’s word continues to be opened and studied in Bible-believing groups throughout the valley of the Son.

→On May 23, a watershed event took place at Pentecost for
Christians at the Phoenix Conventions Center. A conclave of multi-denominational participants gathered at the John 17 event to: celebrate the diversity of the church; affirm the inerrancy of the Bible; worship; praise; and exhort to greater unification as the body

of Christ as called for in Jesus’ high and priestly prayer. This successful event will now expand to other states in August and December of 2015 and March of 2016.

→At the first of the year, the American Bible Society sold its 200 year location in New York City and moved to new headquarters in Philadelphia. Because of the sale, it now has a large sum with which the spread of God’s Word around the globe. The Society has designated three cities, including Phoenix, as the cities where it perceives the Spirit of God is moving perceptibly. As such, they may target Phoenix for special outreach.

→Compassion in Media, an association of Christians in media, hosted a luncheon at the Salvation Army Administration Building in Phoenix on June 8. The Guest, speaker Brad Cesmat, a local sportscaster, provided Christian testimony of his life and walk with Jesus.

→The Collaboration for A New Century, a Christian non-profit, initiated PLAY, a program to provide summer sports program for under-privileged and refugee youth. With fifty thousand dollar received from a local church, the program has begun. Terry serves on the board of directors.